Though you might not be able to tell from the photo above, anxiety is a major part of my life. Though I rarely discuss this openly, I’ve struggled for years with managing my often overwhelming stress and worry. Throughout college, I discovered various methods of coping, including a dedicated exercise and eating schedule that gave me a (false) sense of control that I so lacked between my own two ears. And for a while, this seemed to work relatively well.

Yet between graduating college, moving to a new city and starting my first job, to say my world was turned upside down would be an understatement. Soon, my anxiety crept into every aspect of my life. I was incredibly unhappy in my job, knowing it was not the path I was meant to be on. And for the first time, my coping mechanisms failed to calm my mental and emotional unrest.

For months, I spent most nights staring at the ceiling, fighting off the physical symptoms of an anxiety attack. At work, I’d mastered the art of slapping on a happy face from 8 to 5, yet once I returned home, I’d collapse into a puddle of tears. I felt hopeless, despondent and convinced there was no way things would turn around for me. Even just writing these words brings me back to a place that’s genuinely difficult to think about. It was evident that my family was incredibly concerned, and honestly, I was concerned about myself too. I knew I needed to quit my job and begin living a different life, but I just didn’t know how.

When I returned home to Kansas City for the Christmas holiday, my mom mentioned an incredible woman that she’d been seeing recently for SourcePoint Therapy. Her name was Kelly Battiston, and my mom insisted that she truly had improved the quality of both her and so many others’ lives (you can check out my in-depth conversation with Kelly here).

I’d never before heard of this therapy and peppered my mom with questions. For those of you who aren’t familiar with SourcePoint yourselves, it’s a method to locate energetic blockages in the body which obstruct one’s overall balance, harmony and flow. SourcePoint is used as a treatment for both physical and psychological issues and has been seen to bring about remarkable healing.

At this point, I was open to anything that would push me in a more positive direction, so I agreed to a session with Kelly that week. In that 75 minute appointment, Kelly and I discussed my anxiety and current struggles, and she carried out a healing practice that I found both relaxing and intriguing. I knew then that I had to learn more. But for me, it was much less about what happened in that initial SourcePoint session than what occurred in my life in the following weeks.

Not long after returning to Austin, I reached my emotional and mental breaking point. After a long, tear-filled FaceTime with my parents, I finally made the terrifying decision to quit my job, apply to graduate school and venture out on an entirely new path.

Much due to these choices, my anxiety has become much more manageable, and an entirely new world of opportunity has opened up itself to me. I firmly believe that my initial SourcePoint session helped open up the deep-seated emotional blocks I had built up over the preceding months. Once released, I was able to bring about major life changes which have made me happier, more fulfilled and finally able to live my truth.

Today, I continue my SourcePoint sessions in Austin with Kara Imle (check out our conversation here), a local SourcePoint practitioner who is equally as amazing as Kelly. I’m thrilled to interview both Kelly and Kara throughout the rest of this SourcePoint blog series. In the coming posts, I’ll paint a more clear picture of this incredible therapeutic approach. Likewise, I’ll dig in more deeply with these two ladies to learn about their personal experiences and beliefs as practitioners.

Within the past year of my life, I’ve encountered incredible challenges, and I firmly believe that SourcePoint helped me overcome these obstacles and evolve into a more intentional, genuine and happy version of myself. I’m thrilled to continue the SourcePoint conversation throughout this series with you all! 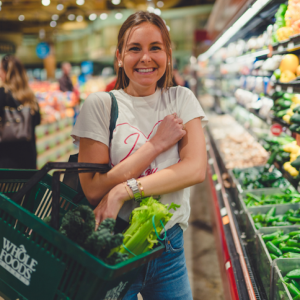 Welcome to Goodness With G! I'm a health nut and soon-to-be Integrative Nutrition Health Coach with tips to make balanced living approachable and fun. My path of goodness starts in my own kitchen, my travels and all that Austin has to offer. Take a look around at the latest goods I have to share!

Mid-week slump? Not on my watch thanks to how EASY

Wishing a very happy birthday to the big man himse

Who said you couldn’t enjoy a refreshing salad i